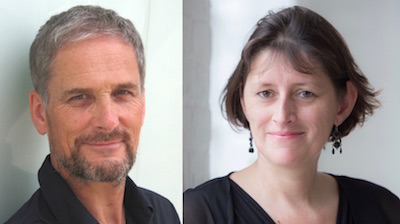 Catherine Rimer is an experienced and versatile ‘cellist who performs internationally with leading ensembles on both period and modern instruments, accompanying world-class soloists and on numerous recordings of the choral and orchestral masterpieces of the 18th/19th Centuries. She has been a member of Sir John Eliot Gardiner’s English Baroque Soloists and Orchestre Révolutionnaire et Romantique since 1996, playing co-principal on numerous projects from Purcell to Stravinsky including and continuo during the Monteverdi Choir’s 50th Anniversary season, at Buckingham Palace, Aldeburgh Festival, and on webcast from Château de Versailles. She has also been a member of the Orchestra of the Age of Enlightenment for over 20 years, playing guest principal on occasion.

Chamber music has always featured strongly: with Configure8, the Skampa Quartet (on major tours of Europe and North America), as a guest with the Eroica Quartet and as a member of the Florin Ensemble. She appeared in the OAE ‘Night Shift’ series in Schoenberg’s Verklärte Nacht in 2017 and returned with solo Bach in 2018. As soloist she has performed concerti by John Garth (with Avison Ensemble), Haydn and Beethoven ‘Triple’ (with Nadja Zwiener and Maggie Cole) at St. Ceceliatide Festival and Tchaikovsky’s Rococo Variations.

Catherine has taught at the Royal College of Music since 2003 and during 2018 she was invited to give Bach masterclasses at the Eastman School, NY and the University of North Carolina, Chapel Hill and to be the continuo tutor for the Britten-Pears Young Artist’s Programme course on Handel’s Theodora at Snape Maltings.

She was born and raised in the North East of England and studied the cello with Emma Ferrand at the RNCM, Alexander Baillie at the RAM, Steven Doane at the Eastman School of Music, NY and with Steven Isserlis at Prussia Cove, with the aid of numerous scholarships. As an undergraduate she had inspiring chamber coaching from Eli Goren, William Pleeth and the Amadeus, Bartòk and Smetana Quartets. As a postgraduate in the U.S. she pursued a new interest in historical performance practice with Paul O’Dette, Christel Thielmann and Malcolm Bilson, winning the J.C. Graue Fellowship for her Master’s. She was awarded the honorary ‘ARAM’ in 2009.

Neil McClaren
ABOUT NEIL MCLAREN
Highly regarded for his performances on instruments from the Renaissance to the nineteenth century, Neil McLaren’s breadth of experience and stylistic versatility mark him among the best of today’s impressive array of flautists.
Neil is a valued long-standing member of the Orchestra of the Age of Enlightenment and Sir John Eliot Gardiner’s Orchestre Révolutionnaire et Romantique, and has played with the English Baroque Soloists, The English Concert and the Academy of Ancient Music. With all of these renowned ensembles he has toured extensively, and records with the major record labels. His solo recording of rare baroque flute concertos with the Cambridge Baroque Camerata attracted significant critical acclaim and is broadcast frequently around the world.
Also an accomplished performer on the modern flute, Neil’s British première of Halil for flute and orchestra by Leonard Bernstein was recorded live by the BBC at the Barbican Centre. He has given numerous concerts at London’s prestigious Purcell Room and Wigmore Hall, including, in 2007, a recital of 20th Century Dutch and English works which featured the British première of Serene for flute and soundtracks by Ton Bruynèl and the world première of David Osbon’s The Creatures of Freitman.
Neil works with many of the major opera companies, orchestras and chamber ensembles in the UK, with conductors including Sir Simon Rattle, Sir Mark Elder, Vladamir Jurowski, Sir Roger Norrington, William Christie and the late Gustav Leonhardt and Sir Charles Mackerras.
Solo engagements for 2018 included a piccolo concerto with the Age of Enlightenment, a recital in the Valletta International Baroque festival and recitals and masterclasses in Melbourne and Sydney.