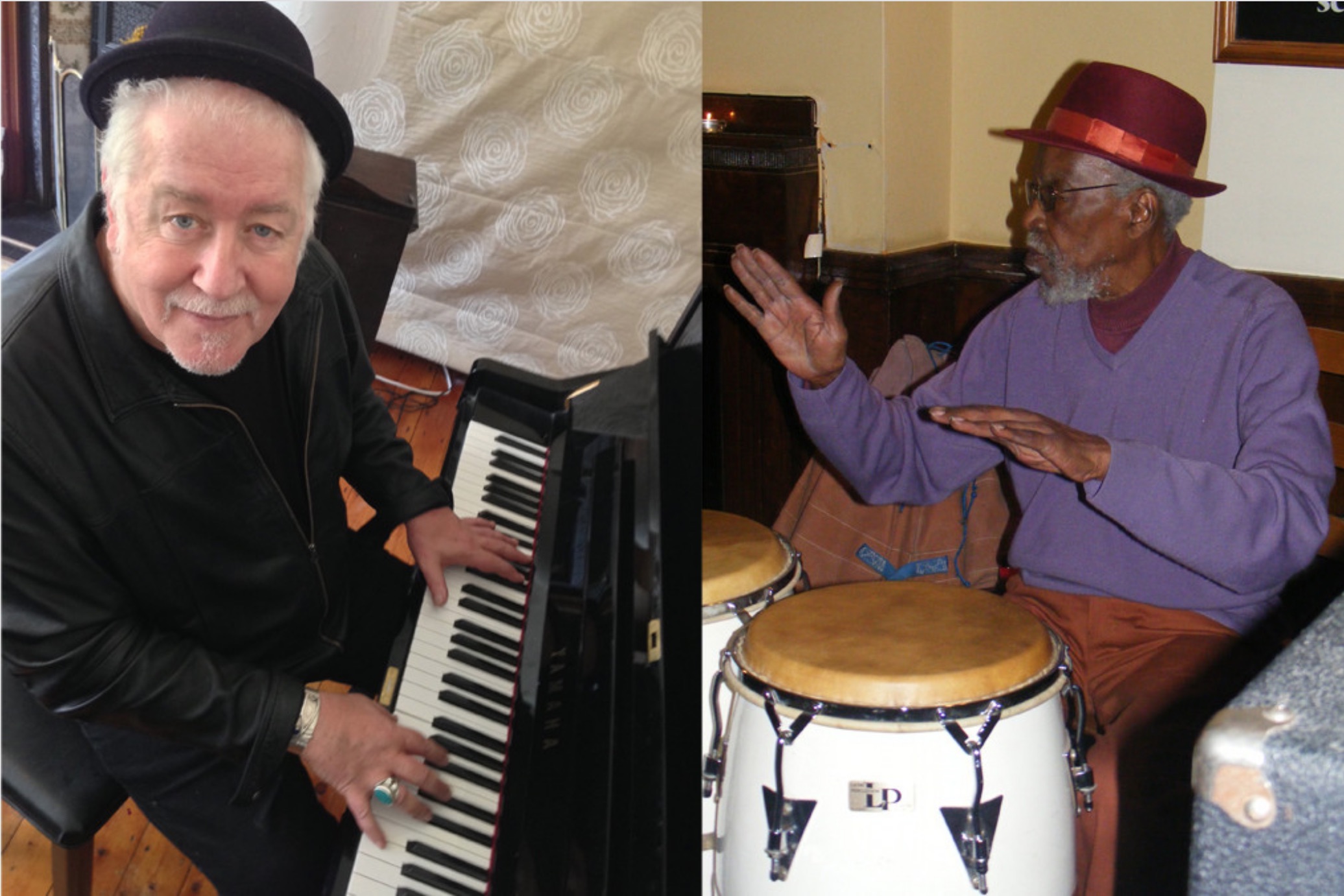 Charlie Hart (Producer of Bluecoat Man) comments : “Diz is a phenomenon, definitely the coolest of Yorkshiremen and a connoisseur of the exotic, his influences are Champion Jack Dupree, all the way to Abdullah Ibrahim. Diz gets the essentially multi-cultural nature of music better than anyone, having absorbed the blues from the inside.”

Accompanying Diz on most of his solo projects is the Jamaican legend Tony ‘Groco’ Uter on conga drums, just a mere 87 years old, he has played with just about everyone on the British Blues n Jazz and Carribbean scene, including Ronnie Scott, Dizzy Gillespie, Bob Marley, Rico Rodriguez and currently the poet Linton ‘Kwesi’ Johnson.

As Gaz Mayall says “Be there or be somewhere else, especially if you need proof that the spirit of Professor Longhair lives on.”

and neither does Andy Williamson, though there are lots of reasons why they’ll both be adding more than a smidgen of chilli sauce to the proceedings here, which will get added here as time goes by, sometime before the gig.

Errol Linton: “Diz is the Man, bad to the bone.”

Irish Times: “A left hand like a chorus line on speed.”