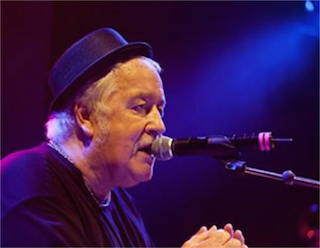 Diz Watson was here at the Arts Centre last summer, along with a few friends. He had everyone in the palm of his hand, and earned a standing ovation at the end of the night. His music is right out of the good times tradition of New Orleans, and if there were ever a time when we need it, it’s now!

Once again, Diz will be sharing the stage with a crew of great musicians who also appreciate that same tradition:

Charlie Hart (Producer of Bluecoat Man) comments : “Diz is a phenomenon, definitely the coolest of Yorkshiremen and a connoisseur of the exotic, his influences are Champion Jack Dupree, all the way to Abdullah Ibrahim. Diz gets the essentially multi-cultural nature of music better than anyone, having absorbed the blues from the inside.”

As Gaz Mayall says “Be there or be somewhere else, especially if you need proof that the spirit of Professor Longhair lives on.”