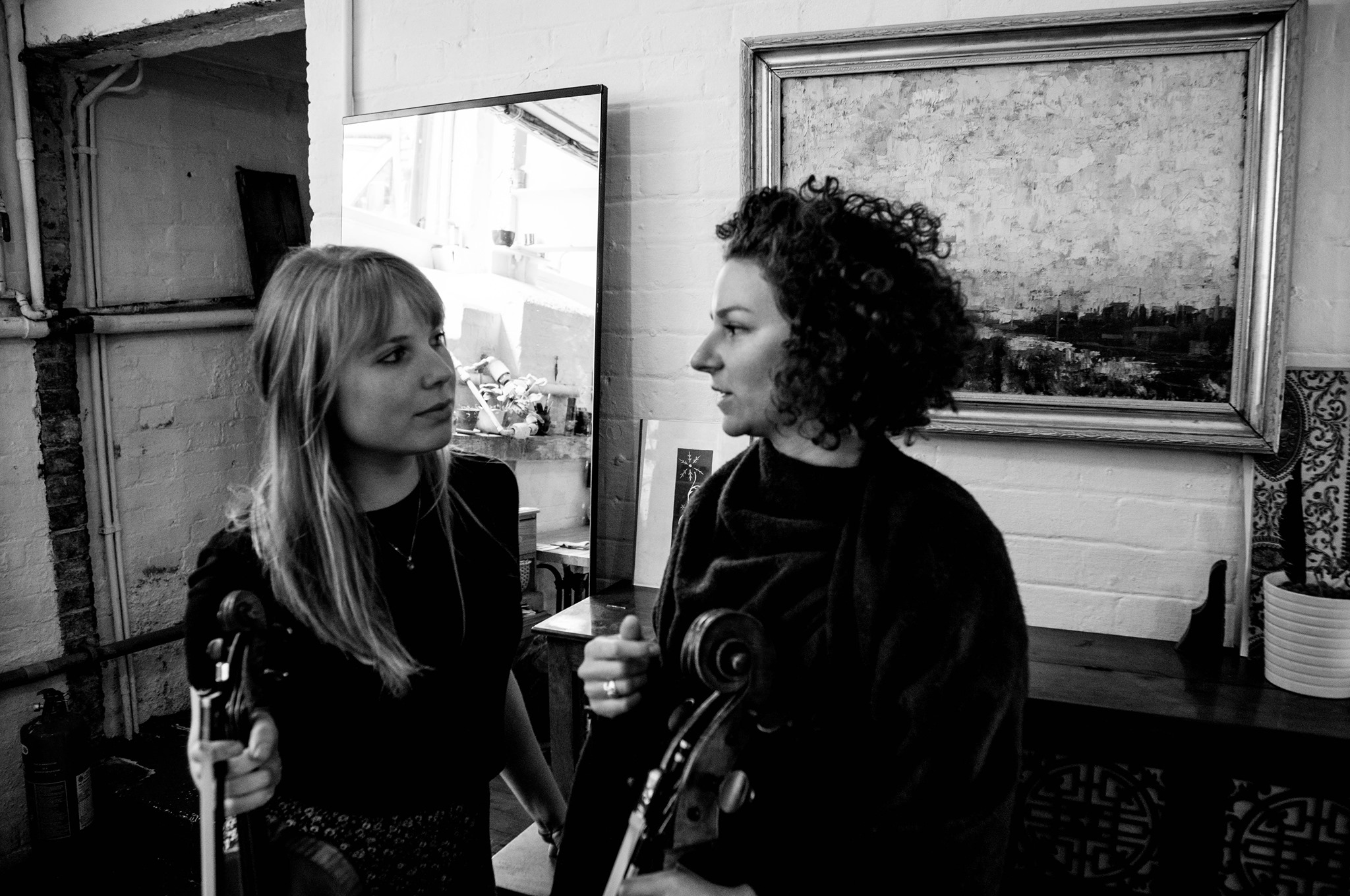 “This is a lost, often Eastern European, other world, of fragile  and filigreed klezmer, Roma music and much else besides…  A compressed and arresting vision of love and  death and nature and time”  fRoots

Fran and Flora have been delicately navigating the question of authenticity: together they’ve spent years developing a sound which is simultaneously reverent to the traditions they have been studying as well as deeply personal, resulting in 2019’s ‘Unfurl’. They have collaborated with many ground-breaking artists including Talvin Singh (Mercury Prize Winner), Sam Lee & Friends (BBC Folk Award winner), Hejira, Dunajska Kapelye, the London Klezmer Quartet, Cosmo Sheldrake and Frank London (Klezmatics, US).

Described as ‘a string duo bound for glory’ by Max Reinhardt (BBC Radio 3) Fran & Flora (Francesca Ter-Berg and Flora Curzon) are quickly becoming one of London’s most sought-after bands. A duo with a distinctive improvisatory and ethereal aesthetic, they draw inspiration from their travels and mentors in eastern Europe and beyond.