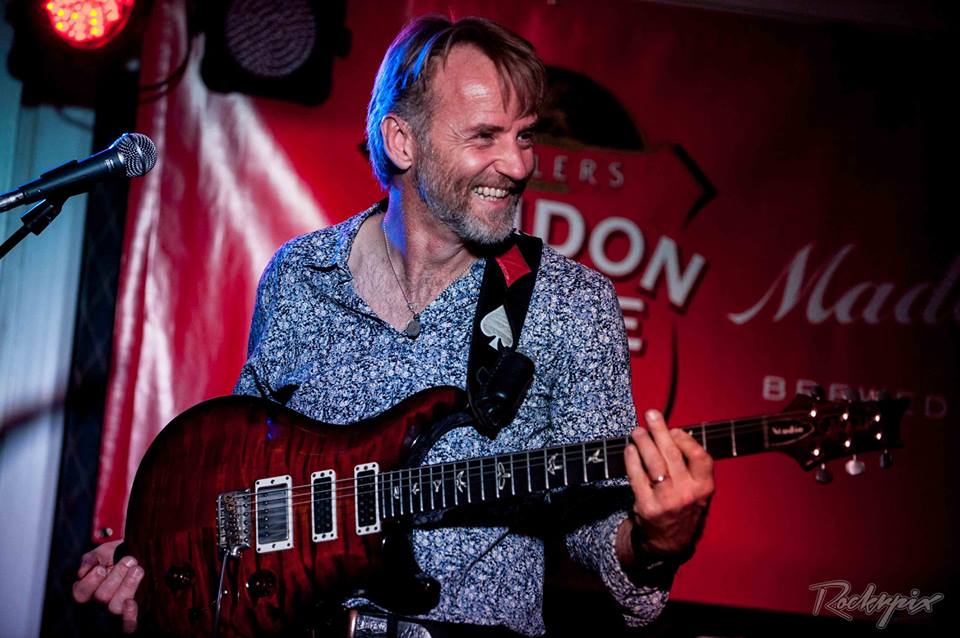 Superb, and very highly regarded Australian blues singer and guitarist, on tour in the UK is stopping by Ashburton Arts Centre in September. Really not to be be missed.

Superb, and very highly regarded Australian blues singer and guitarist, on tour in the UK is stopping by Ashburton Arts Centre in September with a fabulous band (including Sam Kelly on drums, who’s becoming a regular here: James and Black, Ma Bessie and his own Station House band).  Really not to be be missed.

From the deep south of Australia, his exciting blend of raw blues and funky grooves has created scores of devoted fans around the world. He was chosen as one of the “Top Ten Hottest New Guitarists” by Guitar Player Magazine and was included in the “Top 100+ Guitarists You Should Know” roster. In 2012 Geoff was listed as one of the “Top 50 Australian Guitarists”. He is a versatile artist who can deliver a complete show with nothing more than his soulful voice and virtuosic acoustic guitar style but is also a highly regarded electric guitarist compared favourably to Jeff Beck and Warren Haynes, able to deliver the full blues-rock experience with his outstanding combo, The Souldiggers. Geoff is also a keen and expert improviser and has been invited on stage to jam with big names such as the legendary Allman Brothers Band, Hot Tuna and many others.

“Achison has been hailed as one of the finest blues players in Australia”
— Ian McFarlane Encyclopedia of Australian Rock and Pop
“Sovereign Town, the latest release from Melbourne, Australia recording artist Geoff Achison is exquisite and timeless.”
— Philly Cheeze’s Rock & Blues Reviews
“Following in the steps of Neil Young and Bruce Springsteen, Geoff has created some of his finest work extolled in the stripped down songcraft of Sovereign Town.”
— Billy Pinnell, Stax review Melbourne, Australia
“Geoff Achison has mined the deepest parts of his life to produce his most personal album yet, Sovereign Town.”
— Scenestr Magazine, Queensland, Australia
“Geoff is one of the finest blues guitarists I know with a completely individual style”
— Jorma Kaukonen, Jefferson Airplane/Hot Tuna
“Achison refines a type of emotional realism ideally tailored to his gift for songwriting”
— Frank John-Hadley, Downbeat Magazine
“What makes him unique is not only his instrumental skills but also his multifaceted approach”
— Alison Richter ~Guitar World
“Achison seems more like a singer / songwriter’s soul in Jeff Beck’s body”
— Elmore Magazine