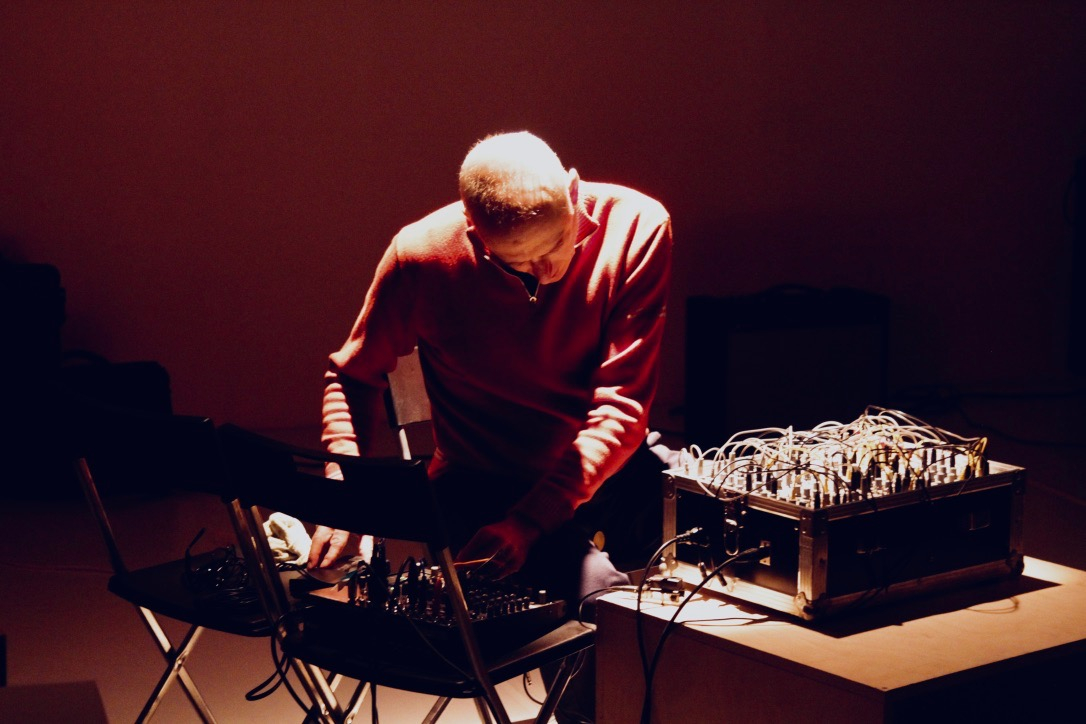 Born in 1960 in New York, Jason Kahn moved to Europe in 1990 and is currently based in Zurich, where he is active as a musician, artist and writer.

Kahn’s work with electronics involves chaotic feedback systems and placing his body in the circuit flow. Grabbing open leads with his hands makes and breaks circuits, causing the synth to overload or collapse. Various contact microphones and electro magnetic inductors and the synthesizer’s own output via a mixingboard are used to modulate the parameters of the synth, which oscillates between saturation and a brittle sputtering, like the death rattle of a machine on its last gasp.

Live radio captures during the concert and recordings made in the performance space and its environs provide further working material for each concert. These performances are essentially site-specific works, improvising with the space at hand, both in the sense of its physicality and the sounds found there.