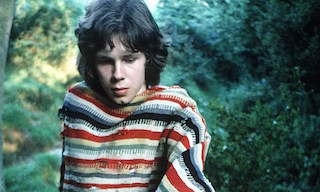 Last year, Keith brought us his tribute to Leonard Cohen, and a very near full house loved it. He’s back on Sunday 10 November with another great show, this time dedicated to the legendary singer/songwriter Nick Drake. Video here.

This concert begins with an introductory set of timeless songs by brilliant songwriters – all contemporary with Nick Drake: Richard Thompson, Roy Harper, Sandy Denny, Al Stewart, Vashti Bunyan, John Martyn and Bert Jansch. Also featured are poems by William Blake (one of Nick’s most noticeable influences) which Keith has set to guitar arrangements based on Nick’s unique style.

Nick Drake is the most revered and loved of all this country’s singer/songwriters. He recorded three cherished Albums between 1969 and 1972 but was almost entirely unknown in his day. After his tragic death in 1974, aged only 26, his music almost disappeared into obscurity. Now, thanks to a massive resurgence of interest and a worldwide re-evaluation of his genius, Nick Drake has become a National treasure. An important book, Remembered for a while was released a couple of years ago, written by his elder Sister Gabrielle Drake, this volume throws light on almost everything attributed to Nick’s brief career as a songwriter and recording artist as well as on many corners of mystery and supposition.

A number of years have now passed since singer/guitarist Keith James paralysed the whole country with his stunningly beautiful series of concerts entitled The Songs of Nick Drake. At the beginning of the project in 2001 he was the first artist ever to bring this fragile and intriguing music to theatres across the UK in its pure live concert form. The end result was over a decade of highly acclaimed concerts amounting to over 1500 shows in venues in the UK, Ireland, Holland, France, Italy and Spain including all of Nick’s Schools and Colleges – even Glastonbury Festival.

‘Keith James has become a pillar of trust. A sublimely intimate and engaging voice’ Sunday Times

‘a sensitive and pleasingly understated delivery, all the better that the songs might speak for themselves’ Acoustic Magazine

More about Keith James at keith-james.com.