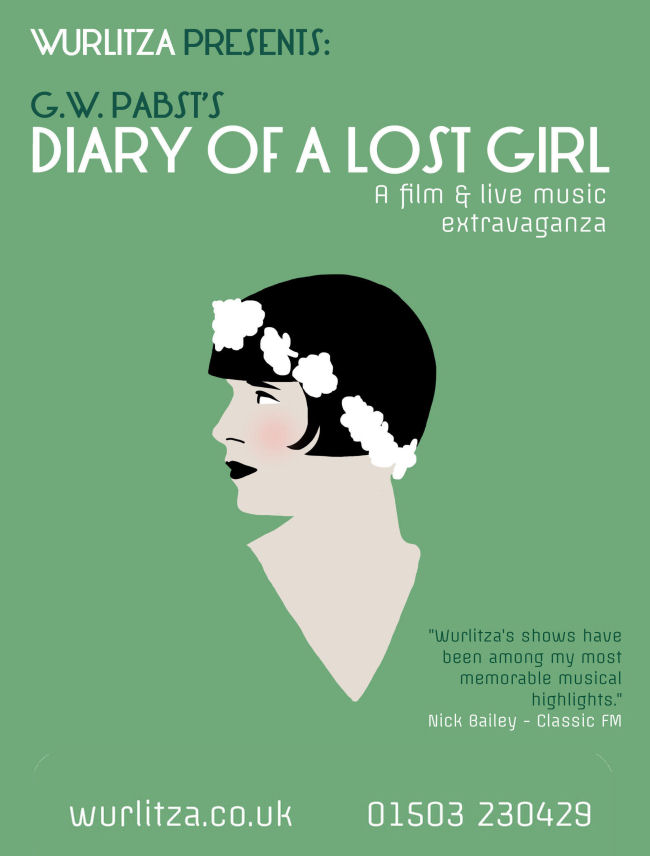 Coming for the first time to Ashburton Arts Centre is the Wurlitza experience – a silent film with live accompaniment as you will never have experienced it before. The film on show will be G.W. Pabst’s late silent masterpiece Diary of a Lost Girl, arguably one of the finest films of the silent era

Fast moving and at times shocking, Diary of a Lost Girl traces the story of Thymian, played by the mesmerising screen idol Louise Brooks, as her life yoyos between episodes of lightness and innocence, darkness and hope.

Here is an extract from their original soundtrack to the 1929 film ‘Picadilly’:

“The music was expertly chosen to run seamlessly with the film. It enhanced the experience. It reflected mood and added nuance. The musicianship was excellent.” – Ian Craft, Calstock Arts