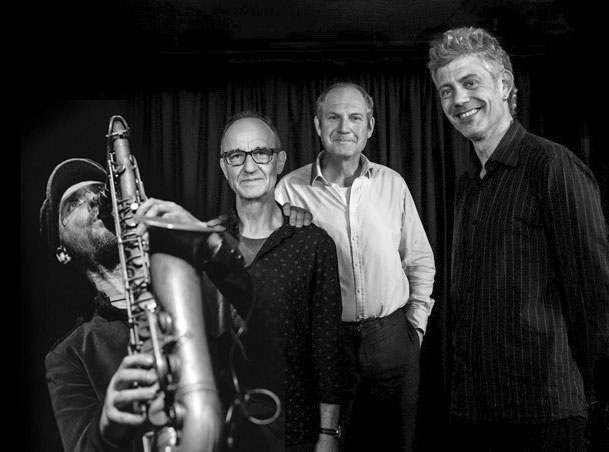 St Ives Jazz Club founder returns with some of his London buddies, to play a programme of their own distinctive take on some classic jazz material, along with new originals from Freeman himself.

…vibrant, energising music, with new compositions that span from bluesy to bossa-esque, all with be-boppy brio.

Saxophonist Rob Townsend has spent much of the last five years touring with iconic prog-rock guitarist Steve Hackett. He also plays and records with acid-jazz hammond legend James Taylor. Over the years Rob has performed with many great names in British jazz such as Django Bates, Iain Ballamy, Mark Lockheart, Laurence Cottle, Tim Garland and Arnie Somogyi as well as with USA legends such as Sam Rivers and Eddie Henderson.

Ralph Freeman Pianist, composer, artist. Founder of St Ives Jazz Club, which was awarded Jazz Venue Of The Year 2015 in the All Party Parliamentary Jazz Awards. As well as performing with his own ensembles and various original projects, he has worked with many of Britain’s leading jazz musicians both at the Club and in London.

Andrea Trillo A drummer, originally from Rome, who has performed with many British jazz icons including Don Weller, Jim Mullen, Tony Kofi and Julian Segal and has toured with the legendary Herbie Hancock.