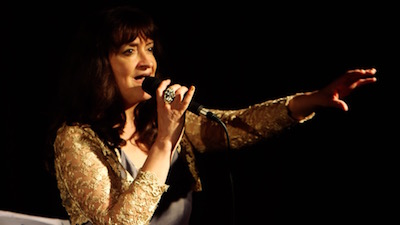 Jazz Saxophonist Hannah is a regular performer on the London Jazz scene, wowing audiences with her hallmark velvet tone and versatility on Tenor and Baritone Sax.

“Everyone was totally captured by this cool, young lady with the shock of pink hair, and matching pink shoes”  St Peter’s Review

Described as sassy, captivating, emotive, stylish, unforgettable, and timeless, Hannah has performed at some of the leading jazz venues including Ronnie Scott’s, The 606, Pizza Express Jazz Club and The Vortex Jazz Club, and with artists including Ian Shaw, Amy Winehouse, John Etheridge, Tina May, Georgia Mancio and Roger Beaujolais. She performs in Europe and the USA with her own and other jazz acts.

Hannah’s music spans jazz, latin, funk, and blues along with classical influences. Her unique tone, melodic and creative improvisation, and sensitive phrasing have become her signature sound which is beautifully captured in her debut album Forget Me Not.