Nominated for both Soloist of the Year and Album of the Year in the 2018 Folking awards (results not yet announced), Daria Kulesh looks like something rather special. “Bold, exotic, impressive” Daria Kulesh is a rising star and a unique character on the UK folk scene. She brings a truly extraordinary voice and strong Russian and Ingush heritage and will be telling rich stories in song combined with Jonny Dyer (widely known on the folk scene as part of the duo Vicki Swan & Jonny Dyer)’s spectacular instrumental skills and composing/arranging talent. The pair have teamed up to work on Daria’s highly acclaimed new album Long Lost Home and are touring in 2017/2018 and beyond. A match made in musical heaven. 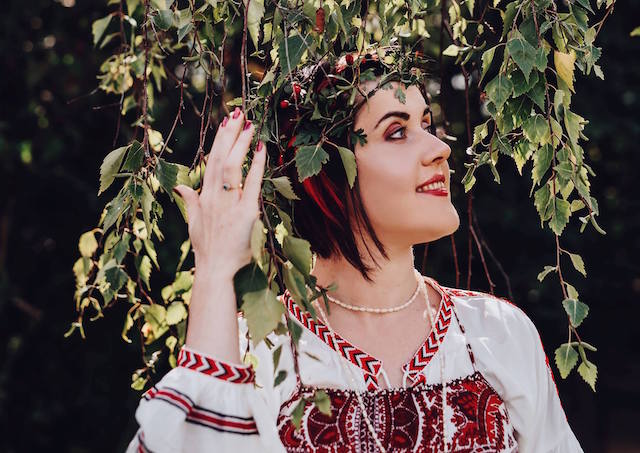 Her 2017 album Long Lost Home has won awards in the UK and in Russia, including Laurel Canyon Music’s Album of the Year. It has enjoyed national radio play and incredible reviews calling it a “triumph”, a “masterpiece” and “a definite contender for the best album of 2017”. Mike Harding praised the The Moon and the Pilot as “one of the most beautiful new songs of the last ten years”.

This gig on Friday is being organised by Katie Whitehouse and is raising funds for the community Arts Centre in Ashburton. Here’s some more video to get you in the mood:

Daria – The Moon & The Pilot