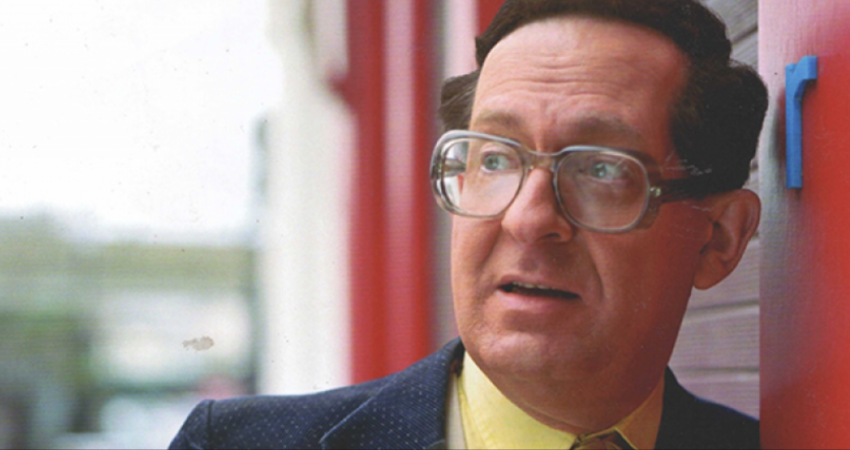 Earl Okin is now a legendary crooner/comedian in that ‘cult’ bracket of musicians who each generation (re)discovers, but somehow he has never quite made the big time. I first came across him at the Edinburgh Fringe in 1985 (writes Andy Williamson), and kept coming across him there over the years, and then in London where he’s lived in the same flat in Notting Hill for 68 of his 74 years! In all that time, he’s hardly changed. I never tire of watching him perfom – he’s always amazing.

But many others discovered him before me – here’s a bit of his Wikipedia entry:

“Okin recorded his first single at Abbey Road in 1967.[3][4] Some of his songs were covered during the 1960s by Cilla Black, Georgie Fame and Helen Shapiro, the latter recording now popular within the world of Northern Soul.

During the 1970s, Okin started to perform as a support act in large venues. Beginning with folk acts such as Ralph McTell and Fairport Convention, he progressed to open for such varied performers as Jean-Luc Ponty and Van Morrison. However, it was the 1979 tour with Paul McCartney and Wings which prompted him to pursue his musical career full-time. He also began to perform at jazz festivals.

In 1981, he appeared on Parkinson and was invited by Nigel Planer to perform at the Comic Strip. This led to his second career on the “alternative comedy” circuit where he remains a headline act. However, his act continues to be primarily musical. He has never performed stand-up. Fans’ favourite comedy songs of his are “Mango”, “Bessie” and “My Room”.

In 1983, he began to perform at the Edinburgh Fringe where he performed over 500 shows. However, hating what had become of the Fringe, he ceased performing there in 2000.

Okin continues to work as a songwriter and jazz singer/musician, with a particular interest in Bossa Nova. He gives concerts in Brazil from time to time, as well as touring his one-man show, a mixture of music and comedy, worldwide. He has performed in New York at Birdland, The Apollo and other jazz venues, but, not forgetting his comedy side, also at Caroline’s. In addition he toured India, Singapore, and other nearby countries. He has also performed at most major venues in London, including the Royal Albert Hall[5] and Royal Festival Hall, The Palladium and Wembley Arena.[6] ”