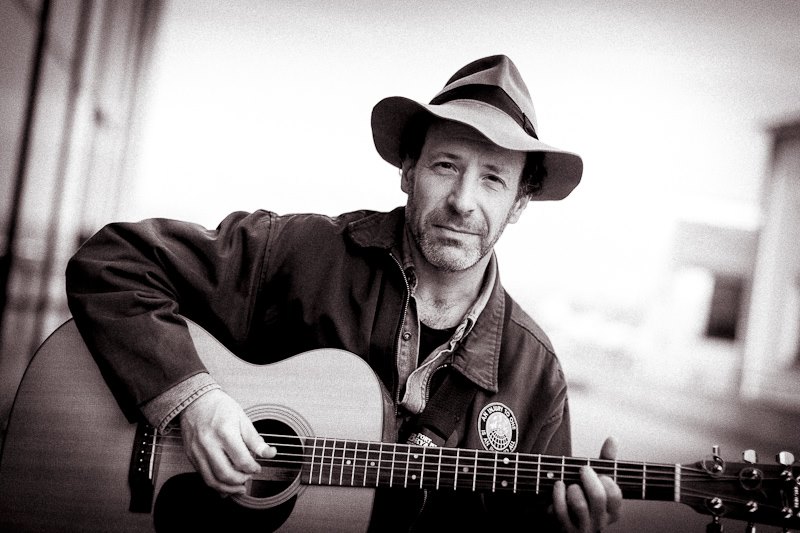 In December 1950, Woody Guthrie moved his family into a new apartment in Brooklyn’s Beach Haven. His new landlord, it turned out, was none other than Fred Trump, father of the US president.

Over 60 years later, Donald Trump would proclaim on the campaign trail: “My legacy is my father’s legacy.” It was, among other things, a legacy of corruption and race-hatred. Woody Guthrie soon found this out. As he wrote:

Will Kaufman – singer, multi-instrumentalist, and Professor of American Studies – is recognised as the world’s leading authority on Woody Guthrie. He is the author of Woody Guthrie, American Radical (2011), Woody Guthrie’s Modern World Blues (2017), and Mapping Woody Guthrie (forthcoming 2019).

In 2014, Will discovered, buried in the archives, Guthrie’s previously unpublished song lyrics and other writings condemning Fred Trump’s racism. He has now turned these discoveries into a new music and spoken-word presentation, following on from his celebrated shows, Woody Guthrie: Hard Times and Hard Travelin’ and Woody Guthrie: The Long Road to Peekskill.

Woody Guthrie and “Old Man Trump” brings to life all the anger and contempt that Guthrie felt for those in power who will deny justice to their fellow human beings on account of the color of their skin. Against the backdrop of Guthrie’s racial awakening and emergent activism, Will introduces such previously unheard songs as “Trump Made a Tramp Out of Me” and “Beach Haven Ain’t My Home,” along with a host of other Guthrie songs about racial injustice and struggle. All in all, we hear Woody Guthrie speaking and singing from beyond the grave, warning us about the dangers of ignoring and repeating history.

Listen up all you Jim Crow fascists and you race-hate mongers, too:
Will Kaufman is a-comin’ and he’s got his eye on you.
Won’t brake for no excuses, won’t stand no messin’ around,
Your bigot ways can’t save you ’cause Will Kaufman’s gonna run you down.
– Ry Cooder

No one can understand the American people without listening to Woody Guthrie. Will Kaufman’s doing important work here.
– Tom Paxton

I thank Will Kaufman for introducing a new generation of Europeans to “the other America.” It’s a wonderful job he’s doing.
– Pete Seeger

Will does it all so well!
– Steve Tilston

Will presents this exhilarating show in the fastest hour and a half you are likely to witness when you consider the breadth and depth of his subject. He performs Woody’s songs with great skill and understanding, playing the guitar, banjo and fiddle with enviable panache and brio. His presentation is accomplished with great musicality, wit, honesty, and compassion.
– Ralph McTell

I so appreciate all of your efforts to take his legacy further. Who knows where he’ll end up!
– Nora Guthrie