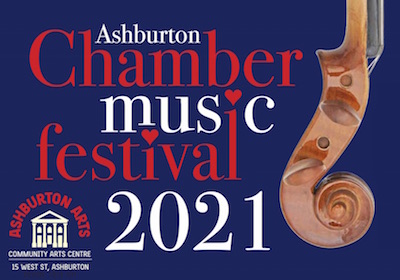 The second Ashburton Chamber Music Festival (ACMF) is about to happen! The events are listed below and tickets, plus full programme details for each is now at wegottickets.com/ashburtonarts where you can book for each individual event. If you’d like to book a Festival Pass for all four main concerts, @ £50 or £40 – please email boxoffice@ashburtonarts.org.uk.

The first ACMF, in 2019, was pretty amazing: an international string quartet was formed from scratch by American Viola player David Yang, whose idea this all is. They all lived with people in Ashburton and rehearsed and played among us all week. There were 3 close-to-sold-out out formal concerts, three much less formal events, the ‘Hausmusiks’ – where musicians, volunteers and audience visited some pretty special locations (Great Ambrook, Bigadon and a house in East St). The hausmusiks this year will be outdoor events (with indoor back up if wet) – again in some stunning places. 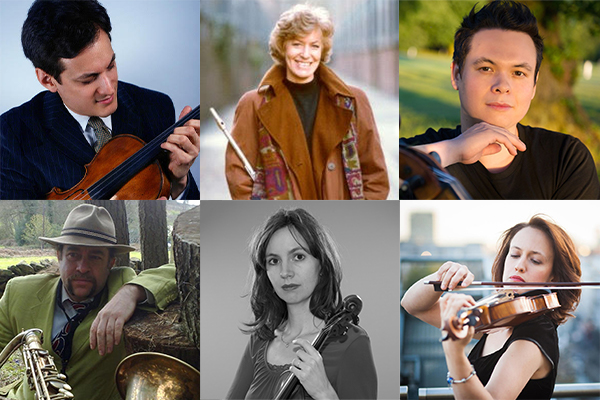 London-based Sara Trickey enjoys an exciting and diverse career as a solo violinist and chamber musician. Noted for her “fiery and passionate” performances (The Strad) and her “beautifully refined tone” (Musical Opinion), she performs at many of the major UK festivals and venues, including the Presteigne, Alwyn, Oxford May Music, York, and Wye Valley Chamber Music festivals.

She plays regularly with pianist Dan Tong with whom she has recorded the Schubert Sonatinas to critical acclaim (“Irresistible!” –Barry Millington). A CD of Fauré and David Matthews has recently been released by Deux-Elles. She also made a world premiere recording of Mathias’ violin sonatas with Iwan Llewelyn Jones.

Sara has performed most of the repertoire for violin and orchestra, with orchestras that include the City of London Sinfonia and the Orchestra of St John’s (“The Beethoven violin concerto was quite simply perfection”). She is a founder member of the Odysseus Piano Trio and the Joachim String Trio, the latter playing on gut strings. Sara led the Bronte String Quartet for six years, winning the Royal Overseas League competition and second prize in the Cremona International Quartet competition.

Violinist Miriam Teppich has performed as a soloist and chamber musician at the Barbican Hall, the Royal Albert Hall and the Wigmore Hall. She reached the strings final in the 1996 edition of BBC Young Musician of the Year, won the Rose Bowl in the Guildhall Gold Medal Concerto Competition and was the recipient of the prestigious Julius Isserlis Scholarship from the Royal Philharmonic Society. Miriam is a founder member of Ensemble Reza, a flourishing chamber ensemble based in East Sussex. Recently, she has been focussing on repertoire for solo violin and in autumn, will make her début chamber recording (Bartok Solo Sonata and Kodaly Duo with cellist Pavlos Carvalho) for Willowhayne Records. She enjoys exploring the work of living composers, and later in the year will give the world première of Fantasy Suite for solo violin by British composer, Julian Broughton.

Prize winner of Prague Spring, Rostropovich and Casals competitions, Sébastien Van Kuijk has performed throughout Europe and around the world in venues such as the Rudolfinum in Prague, Théâtre des Champs-Elysées in Paris, the Teatro Real de Madrid, Tokyo’s Bunka-Kaykan Hall, Concertgebow in Amsterdam, and Wigmore Hall and Royal Albert Hall (Proms) in London. He has collaborated with composers such as Nicolas Bacri, Henri Dutilleux, György Kurtág, and Thierry Escaich and shared performances with artists like Gary Hoffman, the Ebène Quartet, Augustin Dumay, Cédric Tiberghien, Renaud Capuçon, Daishin Kashimoto, Viviane Hagner. As a soloist, he has played with the Orchestre des Concerts Lamoureux, Paris Chamber Orchestra, Frankfurt Radio Symphony Orchestra, Bulgarian National Radio Symphony Orchestra. In parallel to his soloist and chamber music activity, Sébastien was appointed principal cellist of Aurora Orchestra in London in 2016. He also recorded Mendelssohn’s works for cello and piano, and Nicolas Bacri’s “Four Seasons” concertos with François Leleux, Valeryi Sokolov, Adrien Lamarca and Besançon Orchestra.

Judith Hall began her career as Principal Flute with the Orchestra of the Royal Opera House, Covent Garden, and has since developed an international solo career. Her CDs have received the highest ratings in Penguin Guides, and one was for a time fifth in the list of Best-selling Classical CDs in Britain, as well as being chosen by the BBC for “Building a Library”.

As well as broadcasting a large amount of the flute repertoire for the BBC, she has been featured artist on “Kaleidoscope”, “Tuning Up” and “Woman’s Hour”. In 2008 she was featured artist in the Blafrostfestivalen in Norway, and has since performed with guitarist Craig Ogden in the Newbury Spring Festival, Ryedale, Budleigh Salterton and Salisbury International Festivals, among many others, as well as appearing as soloist throughout the South West.

Recipient of an artist fellowship from the Independence Foundation awarded to a small number of exceptional artists, American violist David Yang has been called “a conduit for music” and his playing described as “lithe and expressive” in the Strad Magazine. David has been heard in collaboration with members of the Borromeo, Brentano, Miro, Pro Arte, Vermeer, and Tokyo String Quartets and Apple Hill Chamber Players, Trio Solisti, and Eroica Piano Trios.

As an active advocate of new music he has commissioned dozens of works. Artistic Director of the Newburyport Chamber Music Festival (Boston) and Director of Chamber Music at the University of Pennsylvania (Philadelphia), he is also a member of string trio Ensemble Epomeo based in the the United Kingdom, their premiere recording was designated “Critic’s Choice” in Grammophone Magazine. Their second CD included the music of Schnittke, Penderecki, and Kurtag (“…remarkable intensity and elegant assurance throughout… bristles with detail –there are finely balanced chords moving from glowing diatonicism to harsh dissonance, and carefully shaped melodies with beautifully expressive vibrato –yet they never lose sight of the work’s broader architecture, nor of its poignant, increasingly bleak mood” – The Strad Magazine).

A composer and classical music producer, Tom Vignieri served as director of the Boston University Tanglewood Institute, a summer program for young artists held in conjunction with the Boston Symphony Orchestra’s Tanglewood Music Center, and as artistic administrator of the Handel and Haydn Society, a professional chorus and period instrument orchestra, working with conductors Christopher Hogwood and Grant Llewellyn.

He then spent 12 years as music director of From the Top, a nationally distributed NPR program showcasing America’s best young classical musicians. In addition, Tom received a Daytime Emmy Award for Outstanding Children’s Series as a producer of the PBS seriesFrom the Top at Carnegie Hall.

As a composer he’s written choral, orchestral and chamber works for ensembles throughout the US and in the UK, with additional performances in Europe and Japan. Tom currently resides in Devon, England with his family and proudly returns for his second season with the Ashburton Chamber Music Festival.